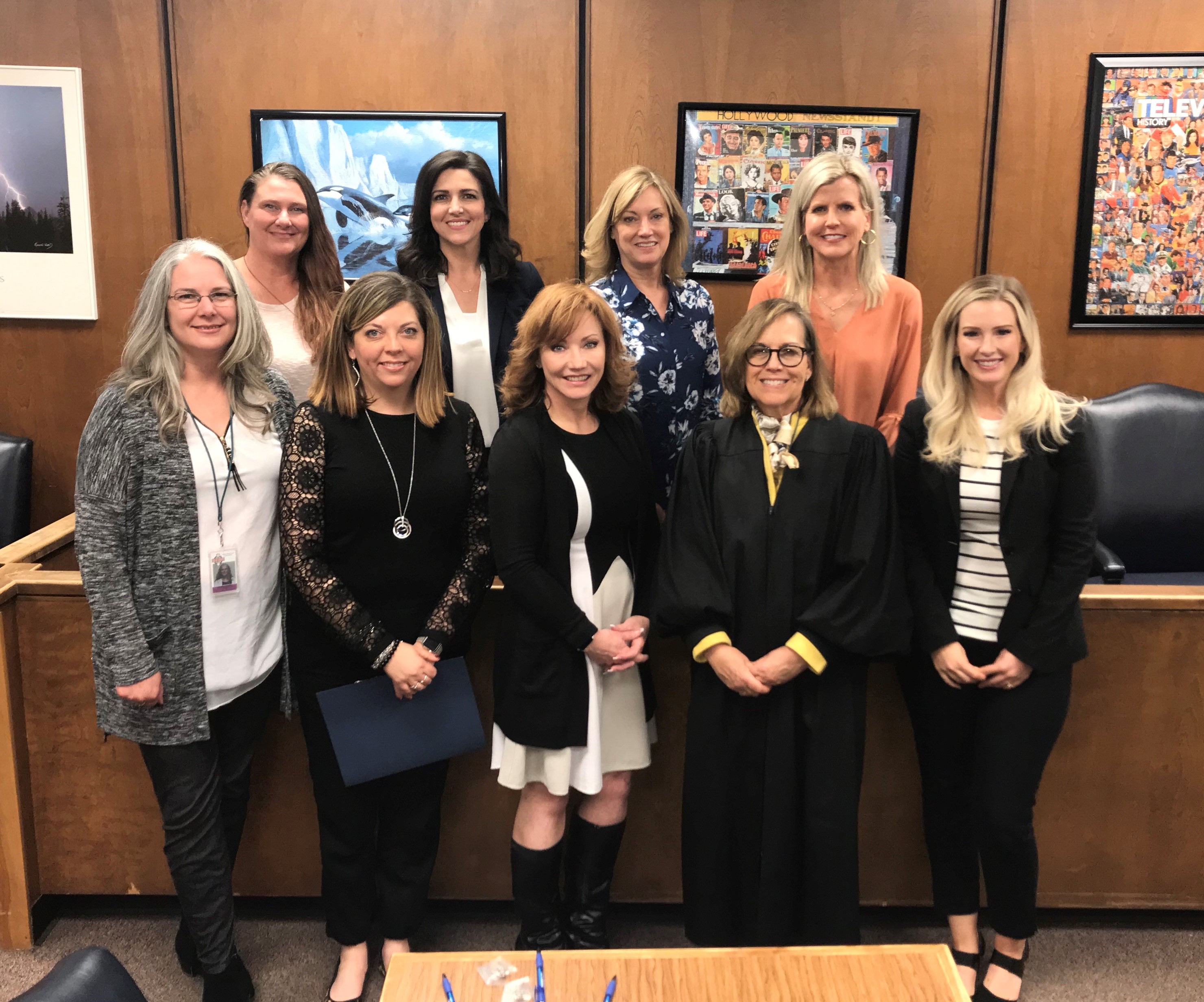 These lucky advocates had the privilege of being the first group of CASA’s sworn-in by Judge Carter! Also pictured is our advocate manager, Cheryl Wright, who came to CASA with years of experience as a DHS caseworker. We are excited to welcome Judge Carter, Cheryl, and our newest volunteers! 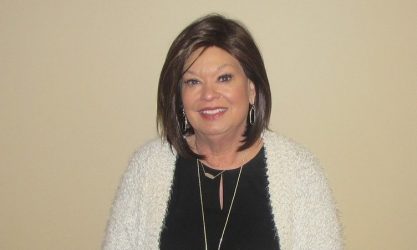 Carrie Mulder is a life long Tulsan, and one of our Dual Status volunteers at Tulsa CASA. Our Dual Status docket is comprised of youth who are both deprived and delinquent—handling both of their court cases inside of one courtroom, with one court team.

her typical activities as a Dual Status team member as calling in and checking on her kiddo in his placement, and visiting him as often as possible. She collects and organizes all of his information and keeps both his DHS and Office of Juvenile Affairs workers informed of his current status. She says that no two days look alike, and we know that is absolutely true in the work of a CASA volunteer!

Carrie understands the importance of CASA in the Tulsa community, stating “it is priceless for our community to have an advocate for children and to have someone solely interested in what is deemed ‘best’ for the child. CASA volunteers have no agendas, except for advocating for the child.” We couldn’t have said it better ourselves! Carrie truly understands the mission of our program and exemplifies that through her own CASA advocacy.

Carrie is married to her husband Bill, and they have a daughter, a son, a daughter-in-law and an 11-month-old grandbaby. In addition to their human family members, they have three pets—a 115 pound lazy mastiff, a 7-month-old Aussie, and a cat named Charlie.

Carrie’s hobbies include walking, reading, listening to music and playing with her grandson. A previous business owner and educator with Jenks Public Schools, she is currently helping her son establish his own business.

Carrie has served in many volunteer capacities through her children’s school and extra curricular activities, and was looking for the “right” volunteer experience when the ads for CASA caught her eye. Carrie, we are so glad that you decided to join the CASA team. Thank you for being a Court Appointed Special Advocate!

“I highly recommend being a CASA volunteer to anyone who is interested in helping our kids. My advice is, just do it! Getting started is the hardest part; make the first call or take the first steps, but do it. Wherever you volunteer, Tulsa needs you. So get going!” – Carrie Mulder

Carrie Mulder is an amazing advocate who has a fierce determination. Carrie knew early on that she wanted to work with teenagers because she understands them.

Since saying yes in May 2018, to a very difficult case, Carrie has been a steady, calming influence to all parties involved. The team members assigned to her case have come to depend on Carrie’s perspective, and truly believe she is a rock star!

She has a huge heart filled with compassion, while at the same time she is able to report objectively about what she knows is in the child’s best interest. Carrie Mulder was meant to do this work and I am so grateful to her.”
– Julie Blake 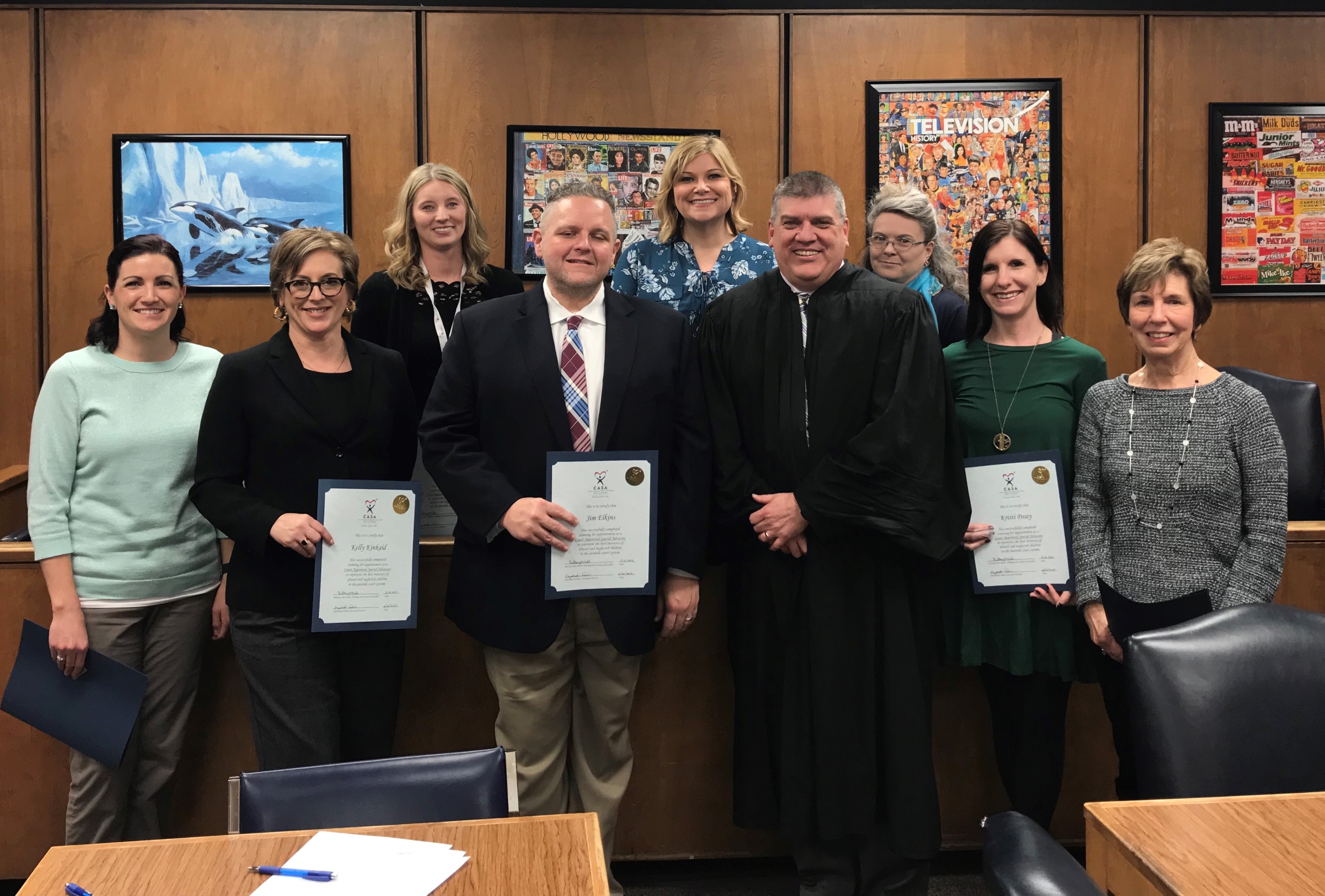 Congratulations to our new advocates! They completed the February training session and were sworn-in on Thursday — including our intern, Kelsey. Kelsey has been a big help with CASA Casino and other projects, and it’s a pleasure to have her in the office! 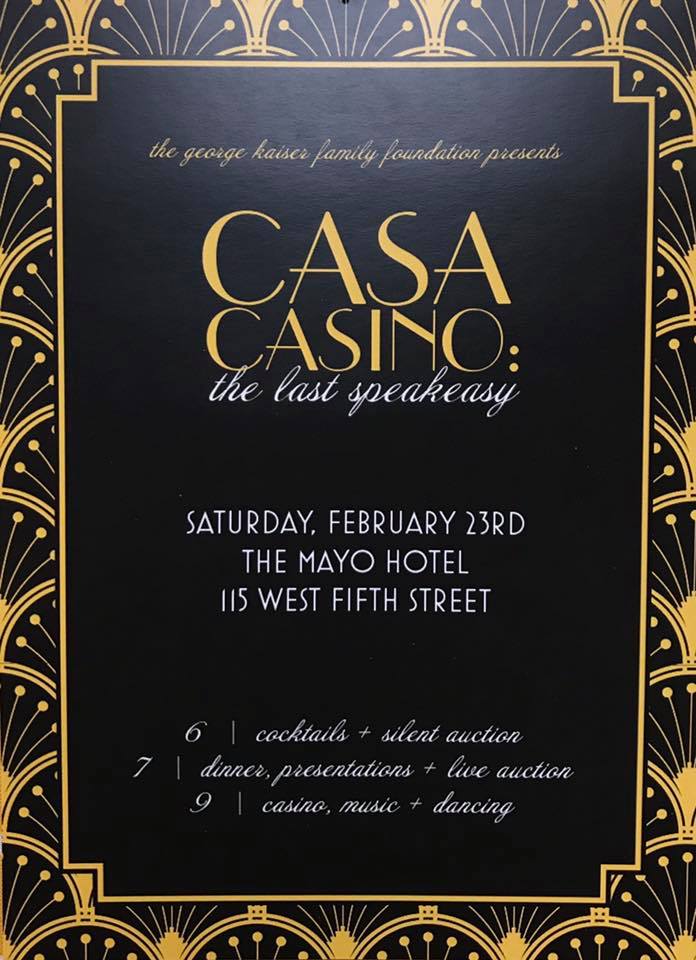 THANK YOU FOR COMING!

Many thanks to everyone who came out last night and supported our organization at CASA Casino! It was a great event and we really sent the ‘Gatsby’ theme out with a bang. We are already looking forward to next year — CASA Casino: Shaken Not Stirred is sure to be a night to remember in 2020!

in Events 0 comments
February 23, 2019  by brittany.mcculloch

THANK YOU TO OUR CASA CASINO SPONSORS! 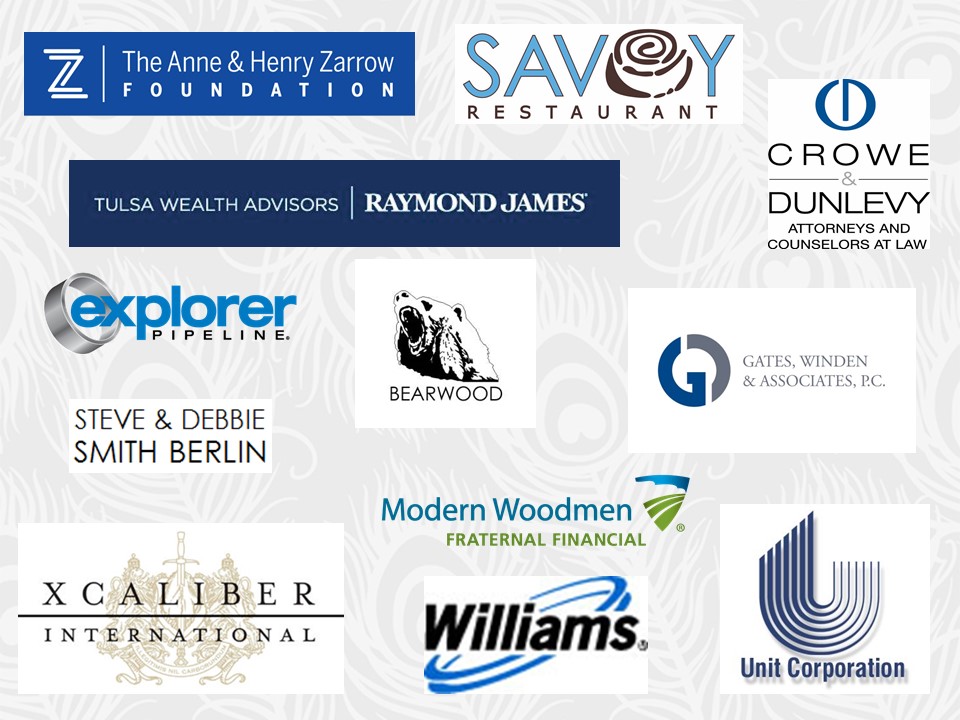 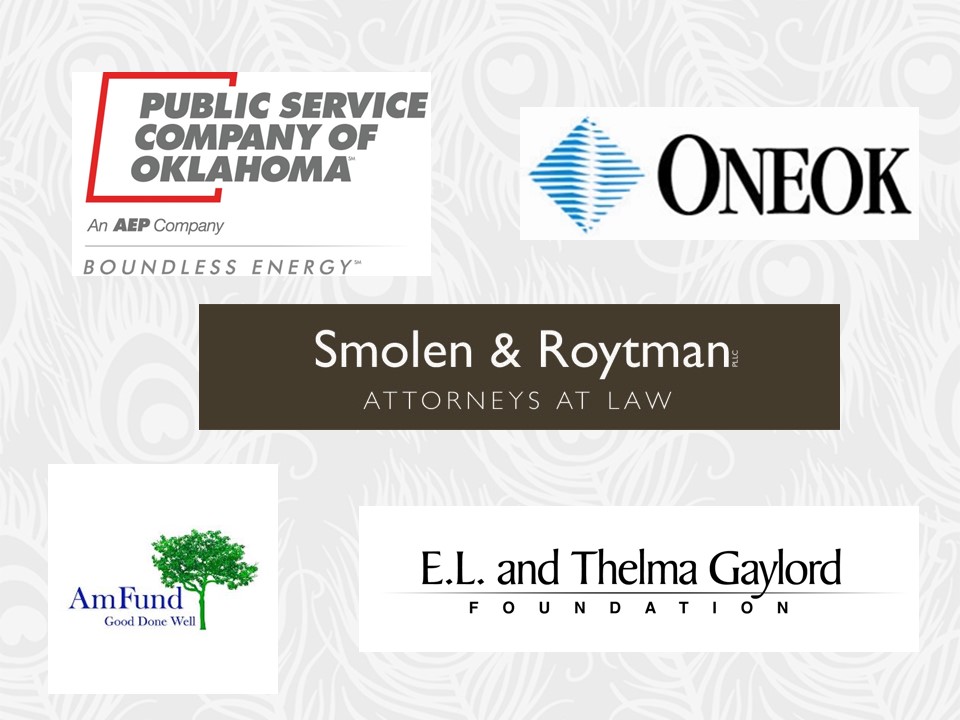 in Events 0 comments
February 11, 2019  by brittany.mcculloch 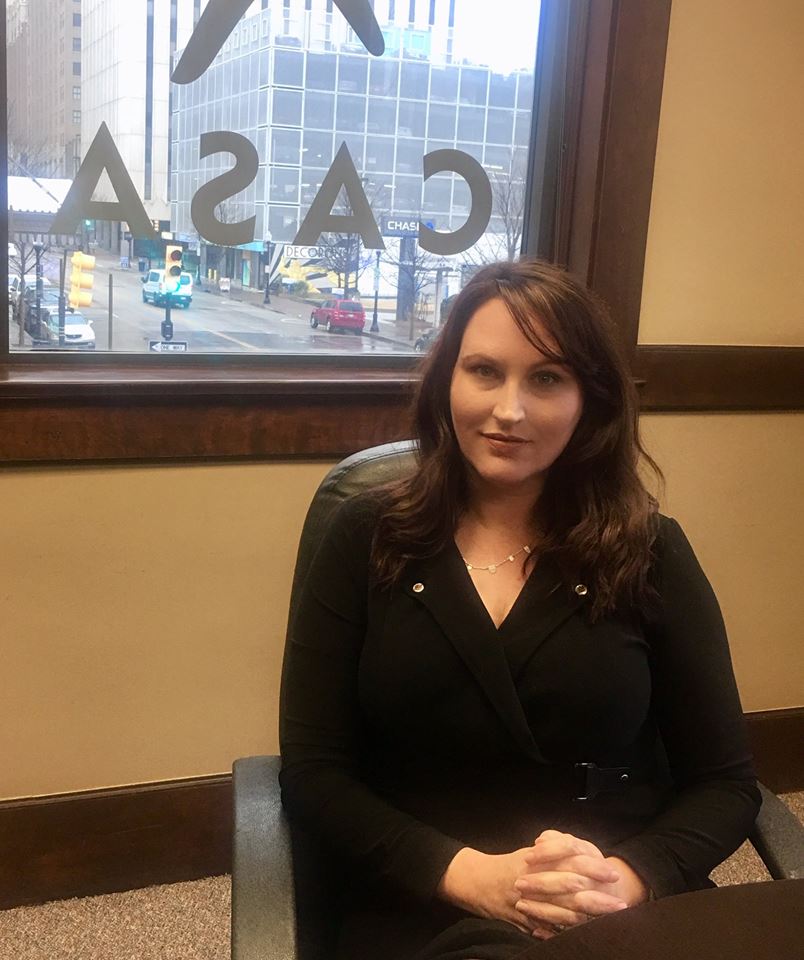 Exciting news at CASA! We are welcoming our new Executive Director, Elizabeth Fisher!
Elizabeth was our Program Director the last 2 years and previously a CASA volunteer. She is a graduate of Oklahoma State University and TAUW’s NeXtulsa. Board President Debbie King says,” We can say without hesitation that we’ve found a tremendous person to lead CASA into the future.” Please join us in congratulating Liz!

in Announcements 0 comments
February 7, 2019  by brittany.mcculloch 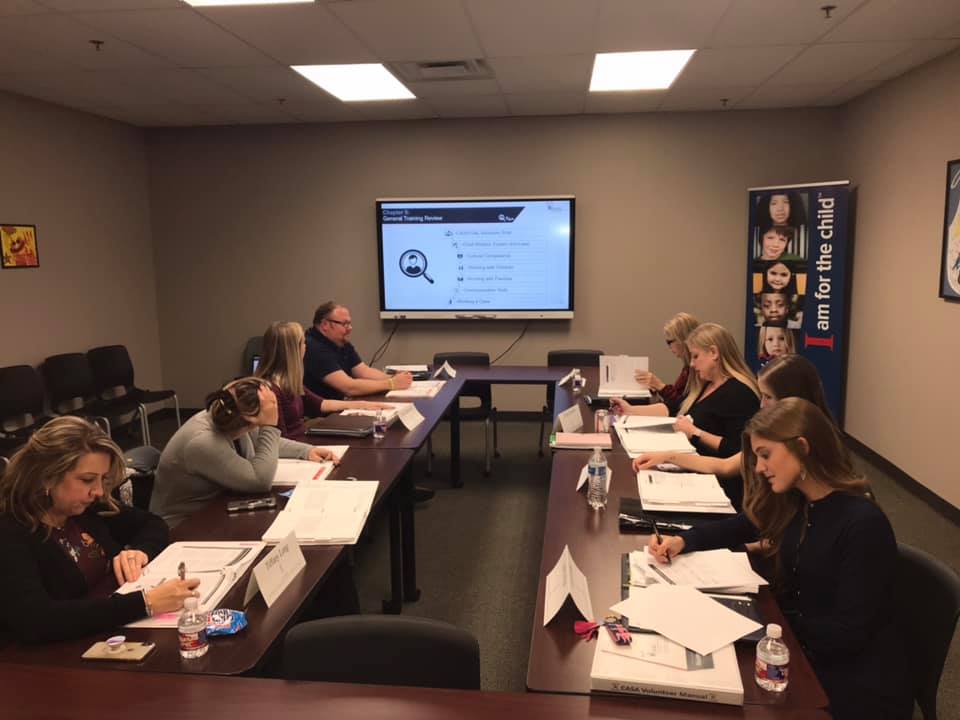 Thank you to the Gelvin Foundation for providing a grant that allowed Tulsa CASA to purchase a SmartBoard! We are so excited to use it for improving our training sessions, lunch & learn’s and in-services. 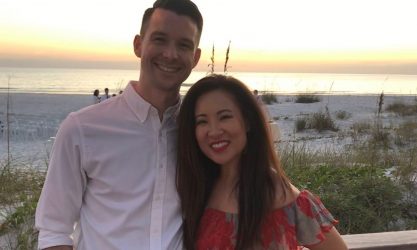 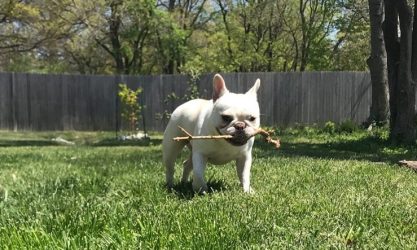 Doann Nguyen has lived in Bartlesville, OK for the last 10 years, working at Phillips 66 in a
variety of roles upon her graduation from Oklahoma State University. In addition to a successful career in IT, Doann is no stranger to community service.

She was sworn-in as a CASA in June 2018 and served her community in various other capacities prior to joining our program. Doann has volunteered for Big Brothers and Big Sisters, was a former City Councilor for Bartlesville, and has served on boards at other nonprofits. Doann is also a volunteer baker for an organization that provides celebration cakes to families impacted by the critical illness of a child.

When Doann is not busy with work or community service, she enjoys baking and all things culinary. She also likes to play piano and the accordion in her spare time. She and her husband, Brandon, have been married for three years, and enjoy spending time together by creating new things in the kitchen and hanging out with their pets. The star of the family is their feisty two-year-old French Bulldog, Henri, and their two cats: a sweet, fluffy, white cat named Lily and a grumpy, diabetic cat named Tucker.

Doann describes her typical responsibilities as a CASA as regularly talking with foster and natural parents, and visiting her kiddos as often as she can. She says that she learns the most about the children on her case when they are sitting on the floor and playing together. Other, less visible responsibilities include staying objective, checking her biases, and putting empathy first. We are grateful to have had such a wonderful new advocate join our program. Thank you for serving CASA children, Doann!

“Use a volunteer opportunity to expose yourself to something outside of your everyday experience. CASA serves Tulsa social workers and judges by dedicating a fresh pair of eyes and serves Tulsa children by ensuring that they’re truly seen. CASA proves to Tulsa’s underrepresented children that they don’t have to stay that way.” – Doann Nguyen

Doann is an incredibly ambitious and driven advocate. She dove head-first into her very first case by
serving five children in two different foster homes. She goes above and beyond, traveling hundreds of miles each month to visit them, ensure their needs are met, and their voices are heard.

She has been a tremendous resource to both natural and foster families she works with, and often bridges gaps in communication between parties when necessary. No matter the circumstance, I can always count on her to remain professional and level-headed.

I truly enjoy working with such a passionate, outgoing advocate, and look forward to watching her grow in this role. – Kylee Jenkins 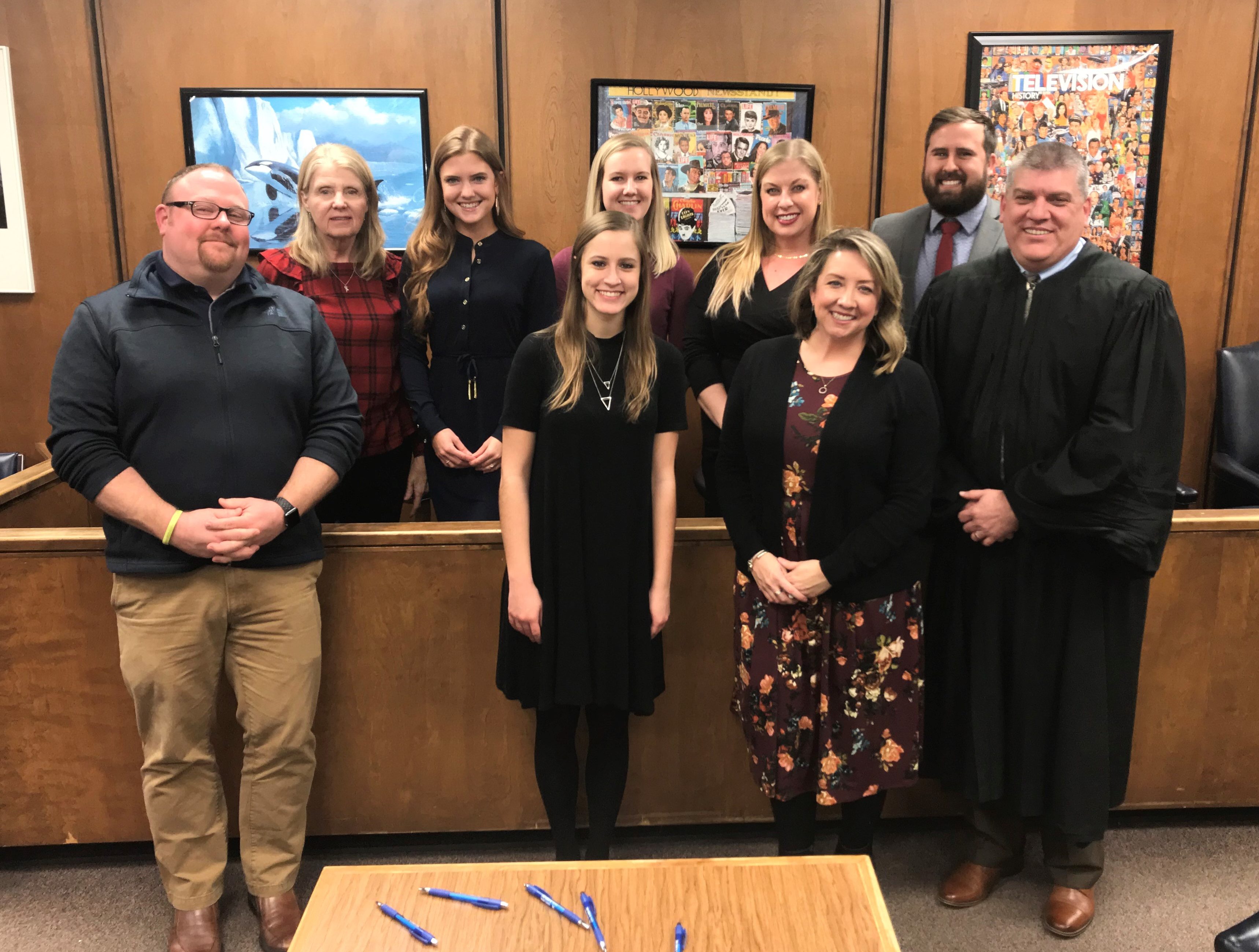 2019 is off to a great start at Tulsa CASA. Congratulations to our newest volunteers for completing training and swearing-in as Court Appointed Special Advocates!